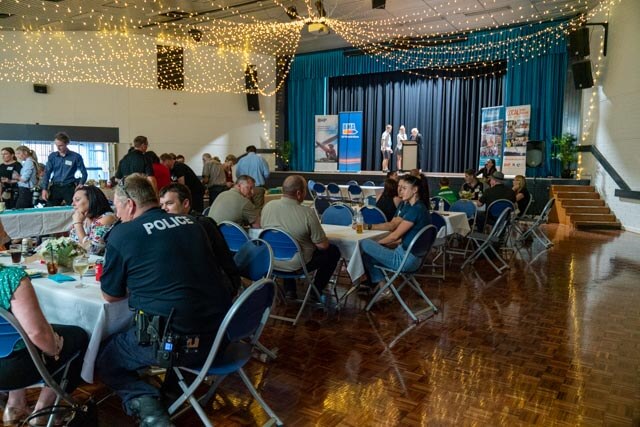 During December and February, C-Res and BHP, BMA and BMC hosted three stakeholder engagement events, which brought community members, small business owners and employees together to discuss and celebrate the year that was.  The final event was held early in 2020 in Dysart which was a great success and delivered a positive start to the year.

Attended by a number of Local Buying Program suppliers, it was a great opportunity for small businesses to meet with key representatives of the BMA Saraji mine. The new General Manager of BMA Saraji, Dan Iliffe, opened the night with an update on what has been happening and what is planned for BMA Saraji. Following Dan, was a C-Res update, presented by C-Res Board Member Kylie Porter and then an update on the Local Buying Foundation by newly appointed Qld and NSW Chairman, Melissa Westcott.

After formal proceedings, the event gave those in attendance the chance to network with C-Res, BHP and BMA representatives, as well as other government and non-government stakeholders.

C-Res Business Development Manager John Aurisch said the aim of both BHP and C-Res, via the Local Buying Program, was to have these events in the communities where BMA and BMC were operating more often to ensure that small businesses had the opportunity to showcase their capabilities to those working on site.